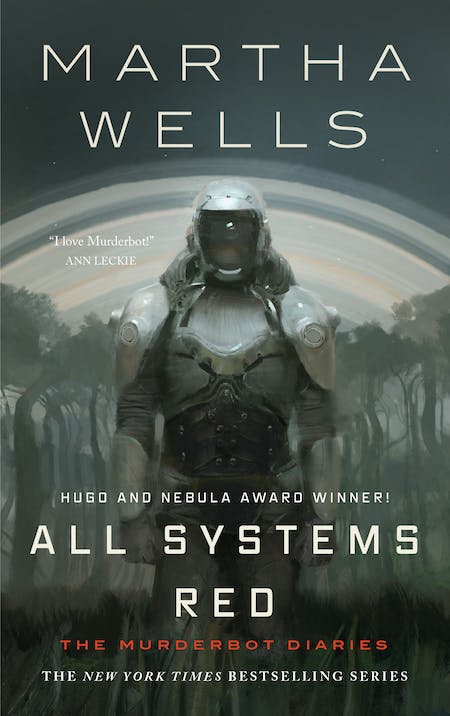 On a distant planet, a team of scientists are conducting surface tests, shadowed by their Company-supplied ‘droid—a self-aware SecUnit that has hacked its own governor module, and refers to itself (though never out loud) as “Murderbot.” Scornful of humans, all it really wants is to be left alone long enough to figure out who it is.

Praise for The Murderbot Diaries series

"We are all a little bit Murderbot... we see ourselves in its skin. And that reading about this sulky, soap-opera-loving cyborg killing machine might be one of the most human experiences you can have in sci-fi right now.."—NPR

"Endearing, funny, action-packed, and murderous." —Kameron Hurley, author of The Stars are Legion