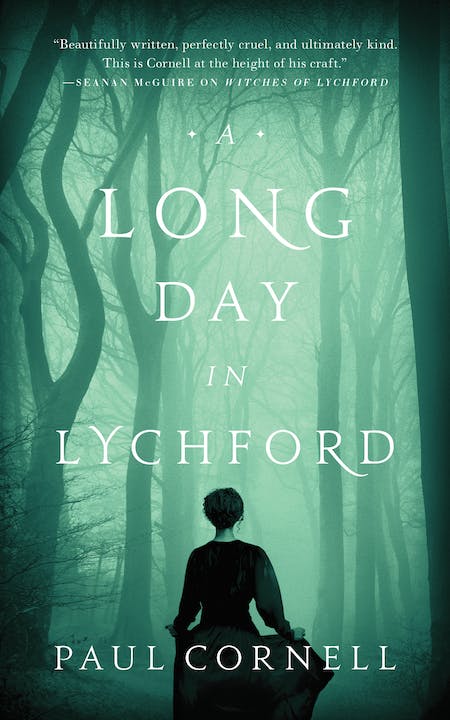 A Long Day in Lychford is the third book in Paul Cornell's increasingly popular Witches of Lychford series.

It's a period of turmoil in Britain, with the country's politicians electing to remove the UK from the European Union, despite ever-increasing evidence that the public no longer supports it. And the small town of Lychford is suffering.

But what can three rural witches do to guard against the unknown? And why are unwary hikers being led over the magical borders by their smartphones' mapping software? And is the immigration question really important enough to kill for?

Praise for WITCHES OF LYCHFORD

"At once epic and terribly intimate. This is the story of a village, not a city, and all the more powerful for that; not all big fantasy needs an urban setting. Beautifully written, perfectly cruel, and ultimately kind. This is Cornell at the height of his craft." —Seanan McGuire, author of the Wayward Children and October Daye series

"Paul Cornell has written a marvelous story, rich in charm, about local politics and witchcraft writ small and personal, but large in consequence." —Bill Willingham, author of Fables and Down the Mysterly River

"Masterfully creepy and sinister, all the more so for taking place in the beautifully drawn english countryside." —Jenny Colgan, author of Doctor Who: Into the Nowhere