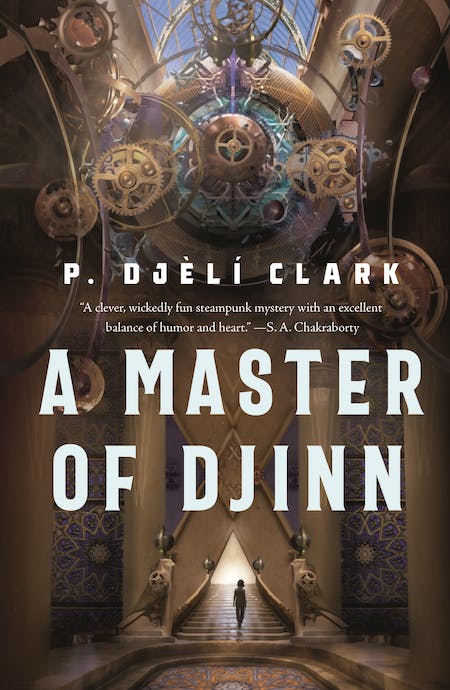 
“Clark reconfigures history with a keen, critical eye toward gender, class, and imperialism. An epic tale of magic and mystery, this is sure to wow." - Publishers Weekly, starred review

“Clark deftly explores colonialism and the history of Cairo with an immersive setting that acts as another character in this delightful combination of mystery, fantasy, and romance. Give this to alternate history enthusiasts and mystery readers who enjoy a dose of the magical." - Booklist, starred review

“What a wonderful world P. Djélì Clarke has created here — an Arab world never colonized, where magic-powered trams glide through a cosmopolitan Cairo and where djinns make mischief among humans.” - NPR

“With its richly imagined world and characters and its high-stakes and thrilling plot, this novel would make such a fantastic show in the vein of The Nevers and Carnival Row, but better.” - Buzzfeed