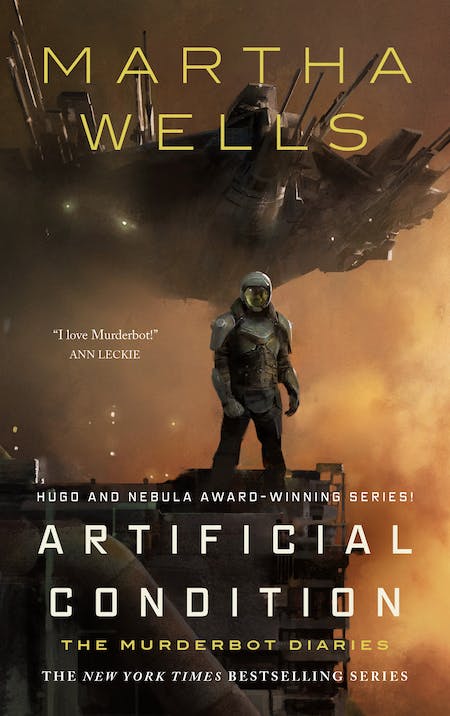 The "I love Murderbot!" —Ann Leckie

It has a dark past—one in which a number of humans were killed. A past that caused it to christen itself “Murderbot”. But it has only vague memories of the massacre that spawned that title, and it wants to know more.

Teaming up with a Research Transport vessel named ART (you don’t want to know what the “A” stands for), Murderbot heads to the mining facility where it went rogue.

What it discovers will forever change the way it thinks…

PRAISE FOR THE MURDERBOT DIARIES SERIES

"Endearing, funny, action-packed, and murderous." —Kameron Hurley, author of The Stars Are Legion

“Martha Wells writes fantasy the way it was meant to be poignant, evocative, and astonishing. Prepare to be captivated 'til the sun comes up.” —Kameron Hurley, author of The Mirror Empire and God's War

“The Cloud Roads has wildly original world-building, diverse and engaging characters, and a thrilling adventure plot. It’s that rarest of fantasies: fresh and surprising, with a story that doesn’t go where ten thousand others have gone before. I can’t wait for my next chance to visit the Three Worlds!” —N. K. Jemisin, author of The Fifth Season