Daryl Gregory won the IAFA William L. Crawford Fantasy Award for his first novel, Pandemonium. His second novel, The Devil's Alphabet, was nominated for the Philip K. Dick Award and was one of Publishers Weekly's best books of 2009. His novelette "Nine Last Days on Planet Earth" was a Hugo finalist. His short fiction has appeared in The Magazine of Fantasy and Science Fiction, Asimov’s Science Fiction Magazine, and The Year’s Best SF. He has also written comics for BOOM! Studios and IDW. Daryl lives in Oakland, CA. 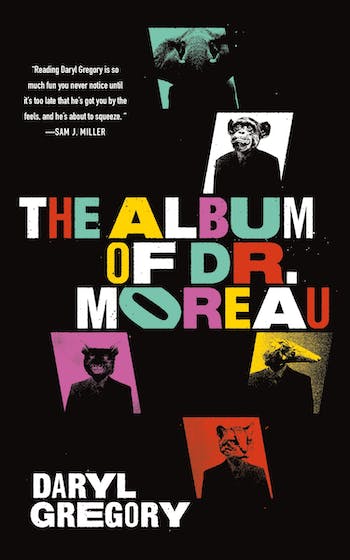 The Album of Dr. Moreau

Daryl Gregory's The Album of Dr. Moreau combines the science fiction premise of the famous novel by H. G. Wells with the panache of a...