Michael Blumlein is the author of several novels and story collections, including the award-winning The Brains of Rats. He has twice been a finalist for the World Fantasy Award and twice for the Bram Stoker. His story "Fidelity: A Primer" was short-listed for the Tiptree. He has written for both stage and film, including the award-winning independent film Decodings (included in the Biennial Exhibition of the Whitney Museum of American Art, and winner of the Special Jury Award of the SF International Film Festival). His novel X,Y was made into a feature-length movie. Until his recent retirement Dr. Blumlein taught and practiced medicine at the University of California in San Francisco. 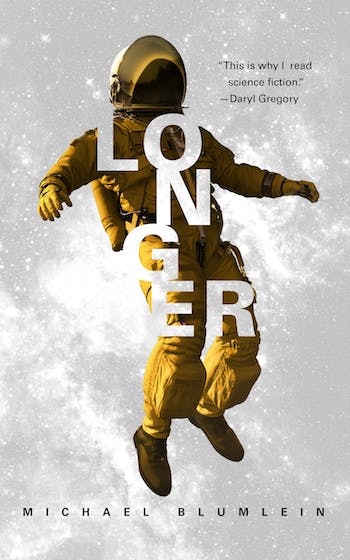 "This is why I read science fiction."—Daryl Gregory

In Longer, Michael Blumlein explores dauntingly epic topics—love, the expanse of the human lifespan, mortality—with a beautifully sharp story that glows with...