Before earning her MFA from Vermont College of Fine Arts, M. Rickert worked as a kindergarten teacher, coffee shop barista, Disneyland balloon vendor, and personnel assistant in Sequoia National Park. She has published the short story collections Map of Dreams, Holiday, and You Have Never Been Here. Her first novel, The Memory Garden, won the Locus award. Her second novel was The Shipbuilder of Bellfairie. She is the winner of the Crawford Award, World Fantasy Award, and Shirley Jackson Award. She has also lost several awards for which she was nominated, including the Nebula, Bram Stoker, International Horror Guild, Sturgeon, and British Science Fiction Award. She currently lives in Cedarburg, Wisconsin. 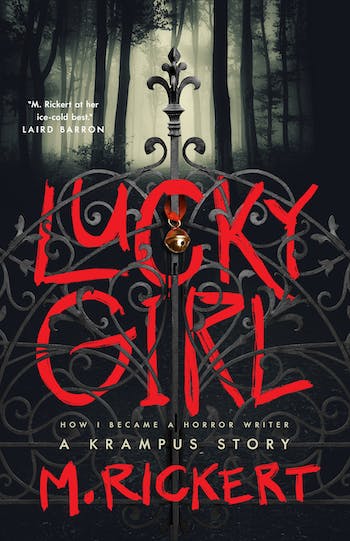 Lucky Girl, How I Became A Horror Writer is a story told across Christmases, rooted in loneliness, horror, and the ever-lurking presence of Krampus written by World Fantasy and Shirley Jackson Award-winning author M. Rickert.