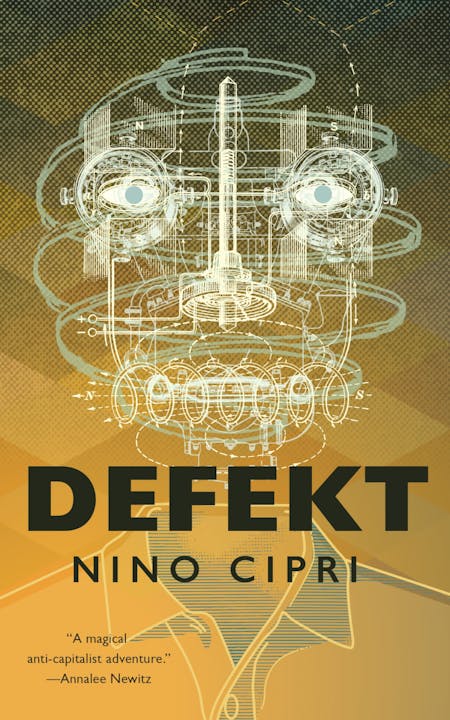 Winner of the British Fantasy Award!

Find out if five Dereks are better than one in Nino Cipri's Defekt, the sequel to Finna, the surrealist world-hopping adventure.

Derek is LitenVärld's most loyal employee. He lives and breathes the job, from the moment he wakes up in a converted shipping container at the edge of the parking lot to the second he clocks out of work 18 hours later. But after taking his first ever sick day, his manager calls that loyalty into question. An excellent employee like Derek, an employee made to work at LitenVärld, shouldn't need time off.

To test his commitment to the job, Derek is assigned to a special inventory shift, hunting through the store to find defective products. Toy chests with pincers and eye stalks, ambulatory sleeper sofas, killer mutant toilets, that kind of thing. Helping him is the inventory team — four strangers who look and sound almost exactly like him. Are five Dereks better than one?

Shortlisted for the British Fantasy Award!

“Cipri continues to mix queer characters and anti-capitalist themes with energetic, bouncy prose. Highly recommended for readers looking for sf with queer protagonists, or who are interested in a short but exciting trip through some dimension-defying showrooms.” —Booklist, starred review