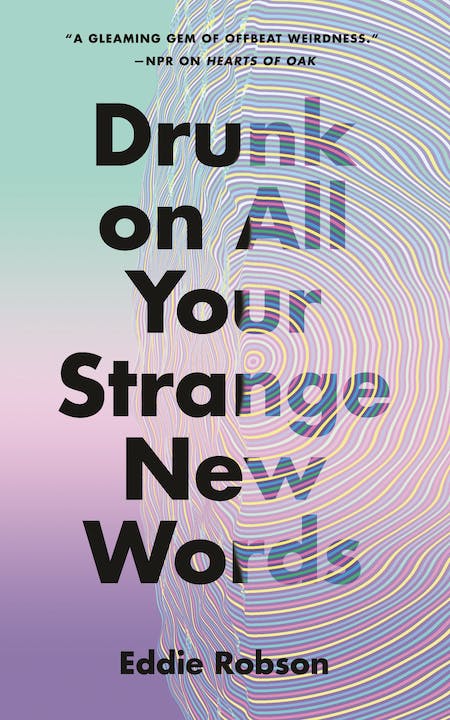 Lydia works as translator for the Logi cultural attaché to Earth. They work well together, even if the act of translating his thoughts into English makes her somewhat wobbly on her feet.

She’s not the agency’s best translator, but what else is she going to do? She has no qualifications, and no discernible talent in any other field.

A CrimeReads Most Anticipated Selection!

“Perfect for anyone looking for a fun, thought-provoking and unintimidating foray into sci-fi, this book will have readers smiling on every page, drunk on Robson’s clever words.” —BookPage

“With a darkly tongue-in-cheek comedy and soft science-fiction premise, Drunk on All Your Strange New Words is a conspiracy theory gift wrapped up as an exploration of our own culture’s obsession with ourselves. As Robson develops the mystery, honing in on the whodunnit at the center of the book, he also expands outwards, translating small truths about our own world through Lydia’s filters. And, in some cases, without any filters at all.” —iO9

“Drunk on All Your Strange New Words... offers something fresh and engaging for fans of many genres.” —Toronto Star