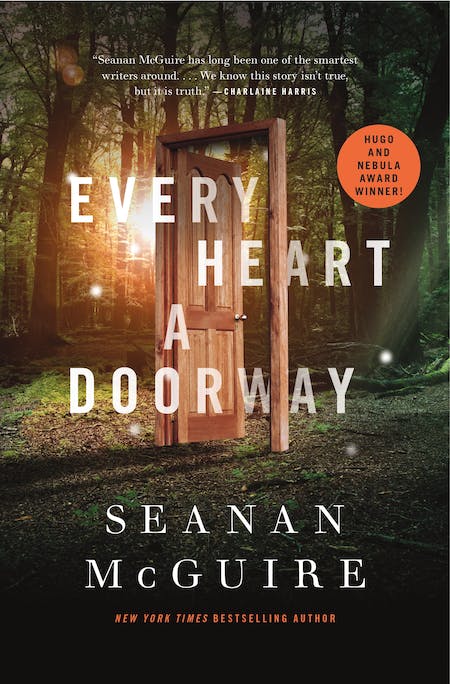 "A mini-masterpiece of portal fantasy — a jewel of a book that deserves to be shelved with Lewis Carroll's and C. S. Lewis' classics" —NPR

PRAISE FOR EVERY HEART A DOORWAY

"Seanan McGuire has long been one of the smartest writers around, and with this novella we can easily see that her heart is as big as her brain. We know this story isn't true, but it is truth." — Charlaine Harris, New York Times bestselling author of the Sookie Stackhouse series (TV's True Blood)

"Every Heart a Doorway by Seanan McGuire is one of the most extraordinary stories I've ever read." — V. E. Schwab, New York Times bestselling author of The Invisible Life of Addie LaRue

"So mindblowingly good, it hurts." — io9

"A jewel of a book that deserves to be shelved with Lewis Carroll's and C. S. Lewis' classics, even as it carves its own precocious space between them." —NPR

"This is a gorgeous story: sometimes mean, sometimes angry, and always exciting" —Cory Doctorow for BoingBoing

"This amazing fantasy pierces the shimmering veil of childhood imagination by reminding adult readers that their own doorways still exist deep in the chambers of their all-too-human hearts." —Booklist, starred review

"This gothic charmer is a love letter to anyone who's ever felt out of place." —Publishers Weekly