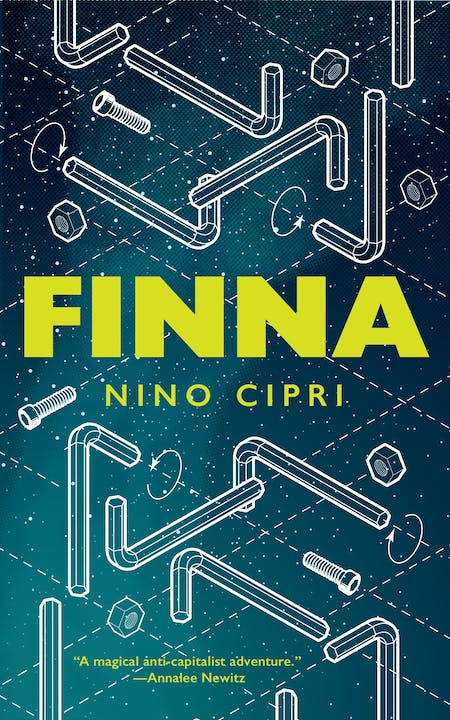 Nino Cipri's Finna is a rambunctious, touching story that blends all the horrors the multiverse has to offer with the everyday awfulness of low-wage work. It explores queer relationships and queer feelings, capitalism and accountability, labor and love, all with a bouncing sense of humor and a commitment to the strange.

When an elderly customer at a Swedish big box furniture store — but not that one — slips through a portal to another dimension, it’s up to two minimum-wage employees to track her across the multiverse and protect their company’s bottom line. Multi-dimensional swashbuckling would be hard enough, but those two unfortunate souls broke up a week ago.

To find the missing granny, Ava and Jules will brave carnivorous furniture, swarms of identical furniture spokespeople, and the deep resentment simmering between them. Can friendship blossom from the ashes of their relationship? In infinite dimensions, all things are possible.