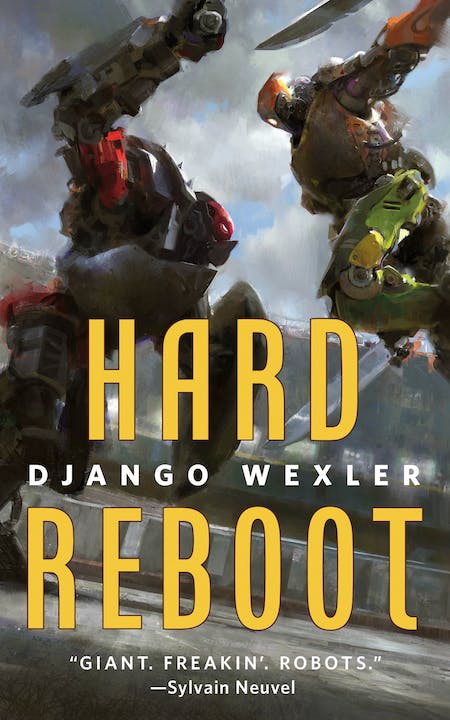 Django Wexler is a self-proclaimed computer/fantasy/sci-fi geek. He graduated from Carnegie Mellon University with degrees in creative writing and computer science, worked in artificial...

“I came for the giant robots and stayed for THE GIANT FREAKIN’ ROBOTS TEARING EACH OTHER TO SHREDS. WITH BLADES!” —Sylvain Neuvel

“This is exactly the sort of sci-fi we need right now, and Wexler nails it.” —Jason Hough

“Ship of Smoke and Steel is a brisk, gritty adventure starring a heroine with genuine agency and power, despite the overwhelming odds stacked against her. The world is sharp and unforgiving, the mysteries are deep, the action is harrowing and triumphant.” —Scott Lynch, author of The Lies of Locke Lamora