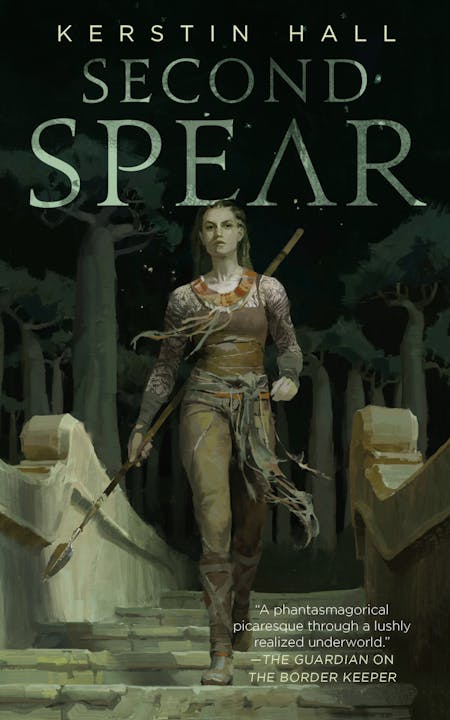 Kerstin Hall's short fiction has appeared in Strange Horizons and Fireside Magazine, and she is the author of the novellas The Border Keeper and Second Spear. She lives...

“Eeerie, suspenseful. . . The scenes are cinematically visceral, with pages soaked in sensory detail, atmosphere, and the tense promise of danger lurking at the edges of every rule-bound realm. . . This horror-fantasy will have readers waiting impatiently for the next volume in Hall’s dark series.” — Booklist, Starred Review

“Each of the realms within Mkalis is richly imagined and unique, and Hall describes both the land’s chilling horrors and its lush wetlands in vivid detail as Tyn and her allies search for a weapon powerful enough to protect their home. The innovative worldbuilding is sure to enchant fantasy readers.”—Publishers Weekly

"If you love fantasy with rich world-building, this novella is an excellent choice.”—The Nameless Zine

“I was immediately enchanted by Second Spear: the whole book reads as if Hall wrote it just for me.”—Every Book a Doorway