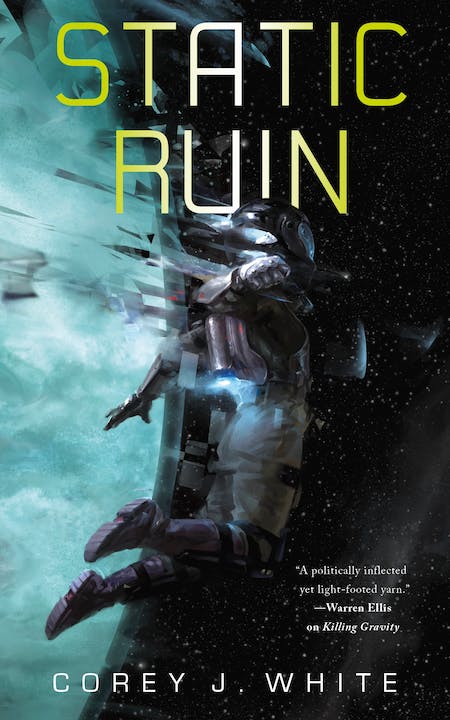 Corey J. White concludes his pulse-pounding space opera in Static Ruin. As the most wanted voidwitch in the galaxy has no place left to run—except back to those who created her.

Mars Xi is on the run, a bounty on her head and a kill count on her conscience. All she has left are her mutant cat Ocho and her fellow human weapon Pale, a young boy wracked by seizures who can kill with a thought. She needs him treated, and she needs to escape, and the only thread left to pull is her frayed connection to her father, Marius Teo. That thread will take her to the outskirts of the galaxy, to grapple with witch-cults and privately-owned planets, and into the hands of the man who engineered her birth.

“Mars is a great character… Readers will root for her and have fun following along on her adventures.” —Booklist