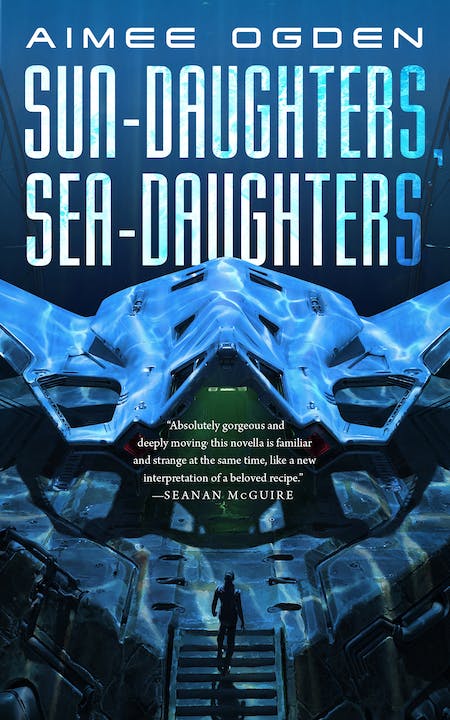 Gene-edited human clans have scattered throughout the galaxy, adapting themselves to environments as severe as the desert and the sea. Atuale, the daughter of a Sea-Clan lord, sparked a war by choosing her land-dwelling love and rejecting her place among her people. Now her husband and his clan are dying of a virulent plague, and Atuale’s sole hope for finding a cure is to travel off-planet. The one person she can turn to for help is the black-market mercenary known as the World Witch—and Atuale’s former lover. Time, politics, bureaucracy, and her own conflicted desires stand between Atuale and the hope for her adopted clan.

"Sun-Daughters, Sea-Daughters is a short page-turner that feels epic in its world-building craft and the depth of its protagonists. At once a fairy-tale retelling and a lyrical space opera, it straddles many genres to tell one nostalgic yet utterly new story." — Booklist, starred review

"Poetic, emotional prose and a science fiction setting give an original twist to an old fairy tale. VERDICT Ogden (Frozen Fairy Tales) takes "The Little Mermaid" to outer space and imagines the desires beyond love and land. This novella will tug at the heart of every reader." — Library Journal

"This novella will leave readers eager for more from Ogden." — Shelf Awareness