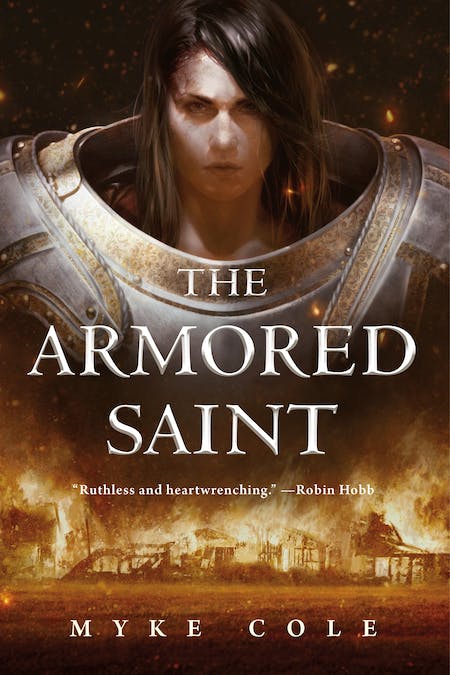 Myke Cole, star of CBS's Hunted and author of the Shadow Ops series, debuts the Sacred Throne epic fantasy trilogy with The Armored Saint, a story of religious tyrants, arcane war-machines, and underground resistance that will enthrall epic fantasy readers of all ages.

In a world where any act of magic could open a portal to hell, the Order insures that no wizard will live to summon devils, and will kill as many innocent people as they must to prevent that greater horror. After witnessing a horrendous slaughter, the village girl Heloise opposes the Order, and risks bringing their wrath down on herself, her family, and her village.

Myke Cole has had a colourful and varied career, with service in war and crisis response. He began as a security contractor to the CIA, and transitioned into a federal intelligence position...

"Cole has created a dark medieval world that by the end only has a small sliver of light in it. . . . A must-read for fans of Erika Johansen's Queen of the Tearling series."—Booklist, starred review

“A dark fantasy tale with sharp teeth and a hard punch. Heloise is the hero we need, and Myke Cole is the writer to bring her transformation to light.” — Chuck Wendig