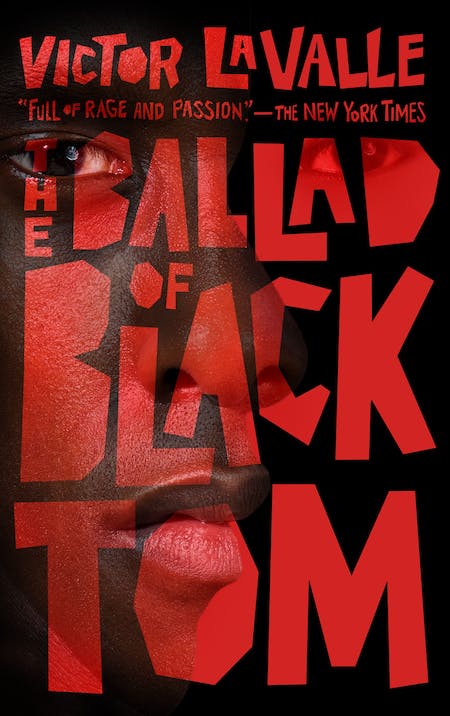 One of NPR's Best Books of 2016, winner of the Shirley Jackson Award, the British Fantasy Award, the This is Horror Award for Novella of the Year, and a finalist for the Hugo, Nebula, Locus, World Fantasy, and Bram Stoker Awards

Charles Thomas Tester hustles to put food on the table, keep the roof over his father's head, from Harlem to Flushing Meadows to Red Hook. He knows what magic a suit can cast, the invisibility a guitar case can provide, and the curse written on his skin that attracts the eye of wealthy white folks and their cops. But when he delivers an occult tome to a reclusive sorceress in the heart of Queens, Tom opens a door to a deeper realm of magic, and earns the attention of things best left sleeping.

"LaValle's novella of sorcery and skullduggery in Jazz Age New York is a magnificent example of what weird fiction can and should do."
— Laird Barron, author of The Beautiful Thing That Awaits Us All

"[LaValle] reinvents outmoded literary conventions, particularly the ghettos of genre and ethnicity that long divided serious literature from popular fiction."
— Praise for The Devil in Silver from Elizabeth Hand, author of Radiant Days

“LaValle cleverly subverts Lovecraft’s Cthulhu mythos by imbuing a black man with the power to summon the Old Ones, and creates genuine chills with his evocation of the monstrous Sleeping King, an echo of Lovecraft’s Dagon… [The Ballad of Black Tom] has a satisfying slingshot ending.” – Elizabeth Hand for Fantasy & ScienceFiction

Victor LaValle is the author of more than ten works of fiction and graphic novels, including the multi-award-winning novel, The Changeling. His books have won the World Fantasy Award,...

"This ingenious recasting of an H.P. Lovecraft classic is as creepy as it is thought-provoking." —People

"The Ballad of Black Tom stands on its own as a compelling weird tale of Jazz-age New York City, but its penetrating examination of Lovecraft’s creations and how they reflect racism’s profound influence on our cultural imagination is where it really shines." —Slate

"Wonderfully creepy and impossible to put down, The Ballad of Black Tom is a genre-bending must-read." —BuzzFeed

"Whether The Ballad of Black Tom is approached as a straightforward tale of horror in the early 20th century or as a metafictional commentary on Lovecraft’s own storytelling choices and racism, it succeeds. It also stands as proof that the process of engaging with the conflicted feelings that the work of Lovecraft can prompt can lead to rewarding, emotionally compelling writing of its own." —Electric Literature

"This book is full of wonder and horror and pain and magic and I cannot recommend it enough." —BookRiot

"LaValle crafts a gem of a Lovecraftian novella, cleverly keeping his horrors just offstage. The real power of the story is Tom’s experiences of prejudice as a black man living in early 20th-century Harlem, and how he overcomes and subverts that prejudice, taking on whatever role he has to in order to get by: he is “Charles” to his father, “Tommy” to his friends, and eventually “Black Tom”—one to be feared." —Library Journal

"The Ballad of Black Tom is a fresh take on cosmic horror." — Dirge Magazine

"Victor LaValle brilliantly takes some of Lovecraft’s literary motifs and transforms them into social consciousness. To say this is no small feat is a major understatement." — Diabolique Magazine

"With endless creativity and deft, seemingly effortless prose, LaValle has stolen the deliciously demonic soul of old Howard’s vilest story and made it into something new." — The B&N Sci-Fi & Fantasy Blog

"A smartly written and well-paced homage that perfectly encapsulates the complicated feelings that many people have towards Lovecraft." — SF Bluestocking