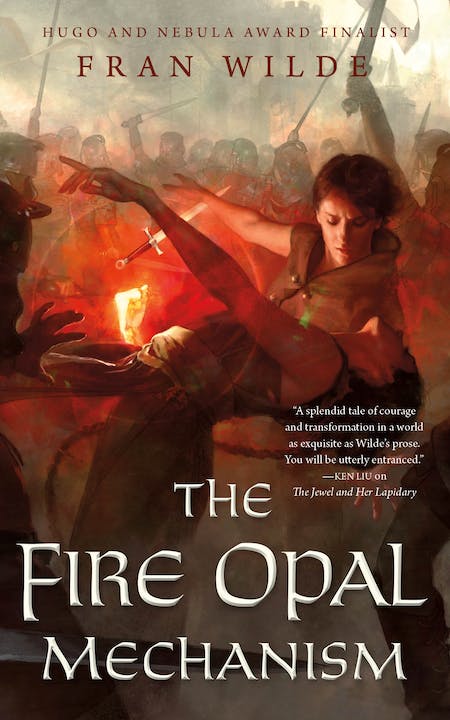 Jewels and their lapidaries and have all but passed into myth.

Jorit, broke and branded a thief, just wants to escape the Far Reaches for something better. Ania, a rumpled librarian, is trying to protect her books from the Pressmen, who value knowledge but none of the humanity that generates it.

When they stumble upon a mysterious clock powered by an ancient jewel, they may discover secrets in the past that will change the future forever.

Praise for the Gem Universe series:

“[A] sharp, glittering novella about friendship, family, loyalty, and mental instability.” —Locus, on The Jewel and Her Lapidary

”A splendid tale of courage and transformation in a world as exquisite as Wilde's prose. You will be utterly entranced.” —Ken Liu, Hugo, Nebula, and World Fantasy Award winner, on The Jewel and Her Lapidary

“Readers who loved Jewel will be delighted by this outing.” —Publishers Weekly