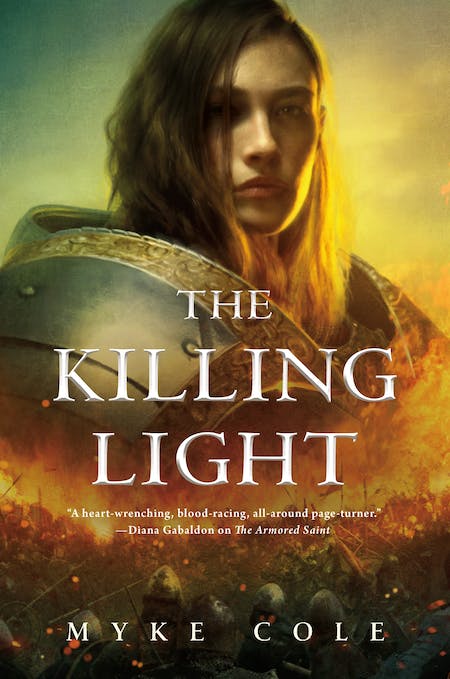 Heloise and her allies are marching on the Imperial Capital. The villagers, the Kipti, and the Red Lords are united only in their loyalty to Heloise, though dissenting voices are many and they are loud.

The unstable alliance faces internal conflicts and external strife, yet they’re united in their common goal. But when the first of the devils start pouring through a rent in the veil between worlds, Heloise must strike a bargain with an unlikely ally, or doom her people to death and her world to ruin.

Praise for the Sacred Throne Trilogy

"A heart-wrenching, blood-racing, all-around page-turner. Spare, vivid and surprisingly sensual, with a small, fierce heroine who will stick in your mind and live in your soul."—Diana Gabaldon

The Armored Saint
The Queen of Crows
The Killing Light

Myke Cole has had a colourful and varied career, with service in war and crisis response. He began as a security contractor to the CIA, and transitioned into a federal intelligence position...