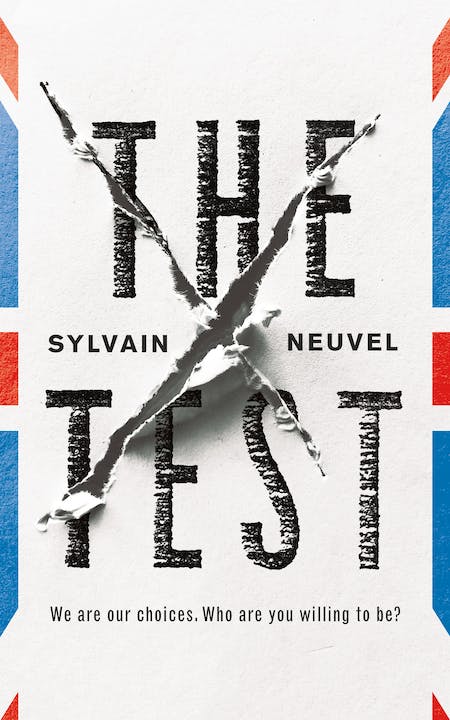 Britain, the not-too-distant future.
Idir is sitting the British Citizenship Test.
He wants his family to belong.

Twenty-five questions to determine their fate. Twenty-five chances to impress.
When the test takes an unexpected and tragic turn, Idir is handed the power of life and death.
How do you value a life when all you have is multiple choice?

Praise for The Test:

Praise for the Themis Files

“As high-concept as it is, Sleeping Giants is a thriller through and through. . . . Not only is Sleeping Giants one of the most promising series kickoffs in recent memory, it’s a smart demonstration of how science fiction can honor its traditions and reverse-engineer them at the same time.”—NPR

"But the most surprising thing about the book may just be how compelling the central characters are in the midst of these larger-than-life concepts. . . . I can’t stop thinking about it."—The Chicago Review of Books

“Reminiscent of The Martian and World War Z, Sleeping Giants is a luminous conspiracy yarn that shoots for (and lands among) the stars.”—Pierce Brown