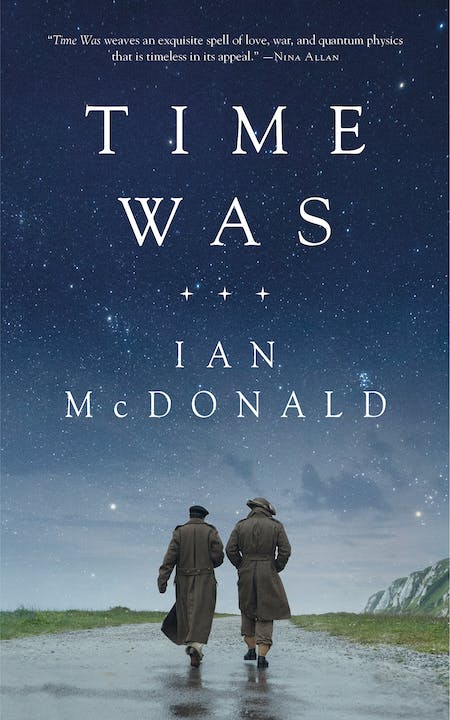 A love story stitched across time and war, shaped by the power of books, and ultimately destroyed by it.

In the heart of World War II, Tom and Ben became lovers. Brought together by a secret project designed to hide British targets from German radar, the two founded a love that could not be revealed. When the project went wrong, Tom and Ben vanished into nothingness, presumed dead. Their bodies were never found.

Now the two are lost in time, hunting each other across decades, leaving clues in books of poetry and trying to make their desperate timelines overlap.

IAN MCDONALD was born in 1960 in Manchester, England, to an Irish mother and a Scottish father. He moved with his family to Northern Ireland in 1965. He has won the Locus Award, the...

"With echoes of H. G. Wells’s The Time Machine and replete with the inimitable scent of used bookstores, Time Was weaves an exquisite spell of love, war and quantum physics that is timeless in its appeal. A scientific romance in the most evocative sense of the word." —Nina Allan

"McDonald’s gift for storytelling is on full display as he captures the emotional nuances of a decades-long love while exploring issues of military and scientific might and the state of the contemporary book industry." —Booklist