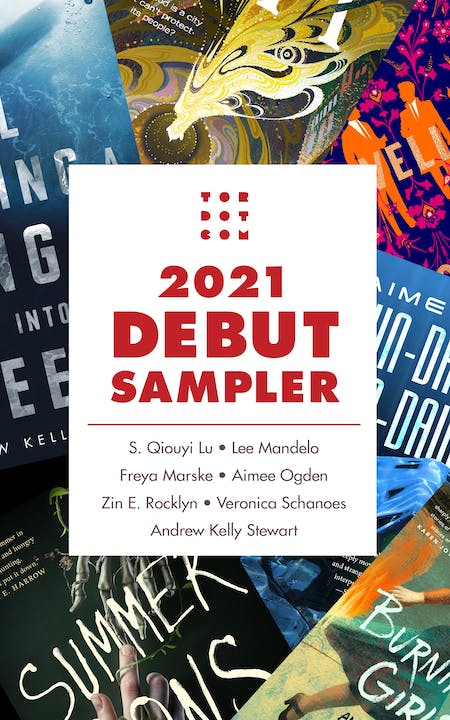 Tordotcom Publishing is proud to present a sneak peek of its 2021 debut novel and novella authors.

In Aimee Ogden's Sun-Daughters, Sea-Daughters, one woman will travel to the stars and beyond to save her beloved in this lyrical space opera that reimagines The Little Mermaid.

Flowers for the Sea is a dark, dazzling debut novella from Zin E. Rocklyn that reads like Rosemary's Baby by way of Octavia E. Butler

In Burning Girls and Other Stories, Veronica Schanoes crosses borders and genres with stories of fierce women at the margins of society burning their way toward the center. This debut collection introduces readers to a fantasist in the vein of Karen Russell and Kelly Link, with a voice all her own.

Freya Marske is the author of A Restless Truth and A Marvellous Light, which was an international bestseller and won the Romantic Novel Award for Fantasy. Her work has appeared...

Veronica Schanoes is an American author of fantasy stories and an associate professor in the department of English at Queens College, CUNY. Her novella Burning Girls was nominated for...