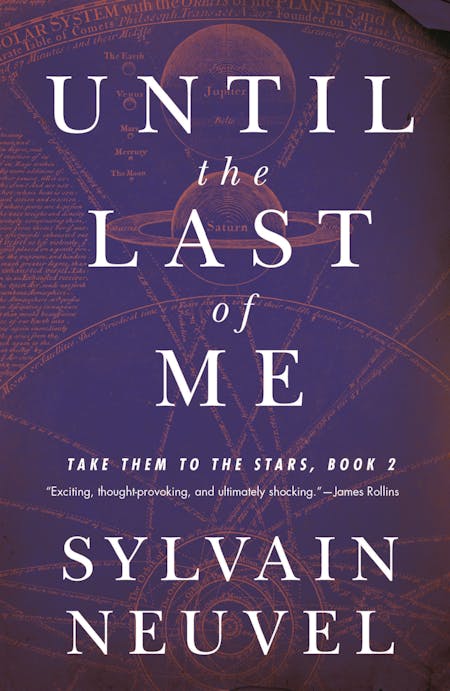 “[A] riveting blend of historical thriller and scientific speculation, which never loses its core of humanity.”—James Rollins, #1 New York Times bestselling author, on A History of What Comes Next

Sylvain Neuvel's Until the Last of Me presents a darkly satirical thriller, as seen through the eyes of the women who sacrifice all to make progress possible and the men who are determined to stop them.

For generations, Mia’s family has shaped human history to push them to the stars.

The year is 1968 and she is on the cusp of destiny, poised to launch the first humans into space.

Take Them to the Stars series
1. A History of What Comes Next

“Thrilling... the focus on Lola’s emotional state and Samael’s struggle not to become a monster add depth to the drama.” —Publishers Weekly

“...[T]he stakes of this series have risen exponentially.” —Tor.com