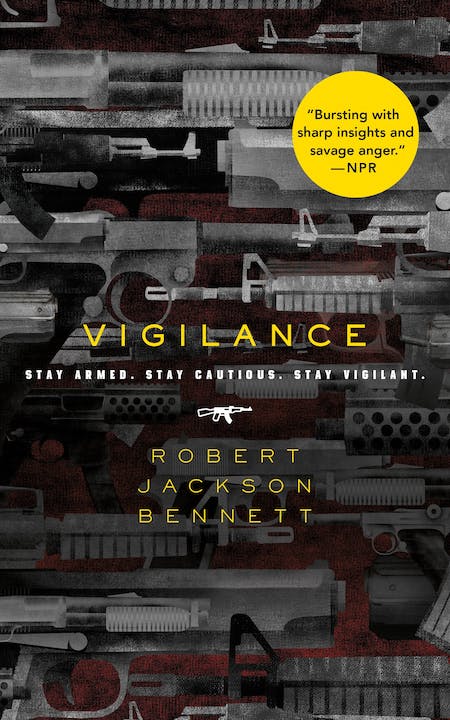 The United States. 2030. John McDean executive produces "Vigilance," a reality game show designed to make sure American citizens stay alert to foreign and domestic threats. Shooters are introduced into a "game environment," and the survivors get a cash prize.

The TV audience is not the only one that's watching though, and McDean soon finds out what it's like to be on the other side of the camera.

Robert Jackson Bennett is a two-time award winner of the Shirley Jackson Award for Best Novel, an Edgar Award winner for Best Paperback Original, and is also the 2010 recipient of the Sydney...